The following researchers of the HEAL research group (University of Applied Sciences Upper Austria) and the Department of Business Decisions and Analytics (University of Vienna) work in the JRC adaptOp: 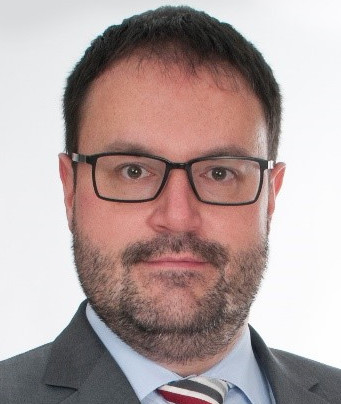 is professor for complex software systems at the Software Engineering Department located at the University of Applied Sciences Upper Austria, Hagenberg Campus. In the last 15 years Dr. Wagner conducted research on the theory and applications of evolutionary algorithms and metaheuristic optimization in general. He is the deputy head and co-founder of the Heuristic and Evolutionary Algorithms Laboratory (HEAL) research group and worked as project manager and key researcher in several R&D projects on production and logistics optimization with numerous scientific and industrial partners. 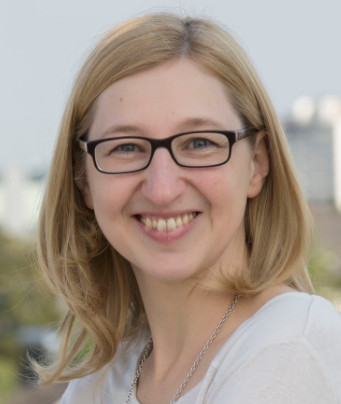 is the assistant of the research group HEAL at the University of Applied Sciences, Upper Austria, Campus Hagenberg. She holds a master’s degree in economic sciences from the Johannes Kepler University Linz. Since 2013 she has been involved in other R&D projects and entrusted with organizational tasks, as well as supporting during processes of reports. 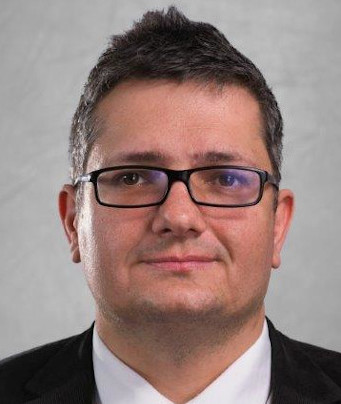 is professor for production and logistics at the University of Vienna and acts as the head of the external module on Adaptive Optimization of Dynamic Intralogistics of the JRC adaptOp. He is an expert in the development of meta- and matheuristic search techniques and multi-agent systems for complex problems in production and logistics. His research focuses on problems in distribution logistics, integrated problems in supply chain management, inventory routing, production routing, and disruption management. He has co-authored more than 90 peer-reviewed scientific publications (more than 65 papers in peer-reviewed journals) mainly in the field of transportation logistics. 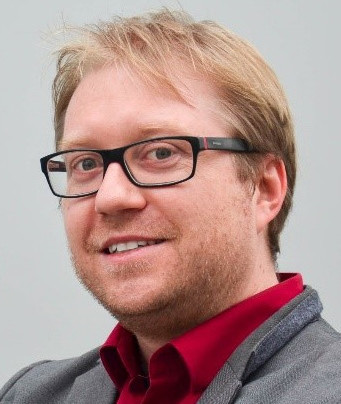 received his master's degree in computer science in 2007 from the Johannes Kepler University Linz, Austria, and is a research associate and research project manager in the Heuristic and Evolutionary Algorithms Laboratory at the Research Center Hagenberg. His research interests include metaheuristic methods applied to combinatorial and simulation-based problems. In 2019 he defended his PhD thesis titled "Fitness Landscape Analysis for Algorithm and Parameter Selection in Assignment Problems". He is contributor to the HeuristicLab software environment and to the Sim# simulation engine. 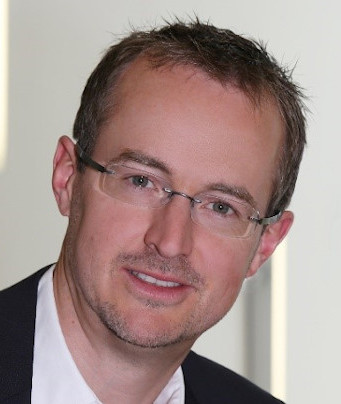 is employed as a postdoctoral researcher at the Department of Business Decisions and Analytics at the University of Vienna, Austria, since 2014. Prior to that, he was working as a postdoctoral project assistant at the Johannes Kepler University of Linz, Austria (Institute for Production and Logistics Management). He holds a PhD in computer science from the Johannes Kepler University Linz. His research focus is on different kinds of optimization problems from the area of manufacturing and service operations management, including scheduling, packing, (supply) network and public transportation problems, where he applies exact methods, (meta-)heuristics, stochastic simulation and simulation-based optimization. 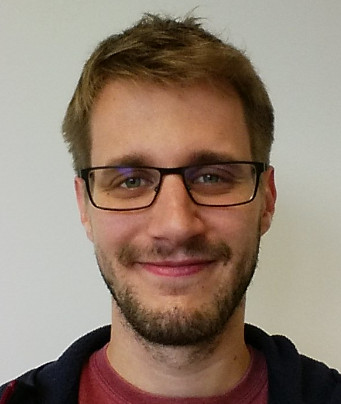 received his master's degree in software engineering in 2014 from the University of Applied Sciences Upper Austria and is a research associate in the Heuristic and Evolutionary Algorithms Laboratory at the Research Center Hagenberg. His research interests include algorithm theory and development, simulation-based optimization and optimization networks. He is a member of the HeuristicLab architects team. He is currently pursuing his PhD in technical sciences at the Johannes Kepler University, Linz, where he conducts research on the topic of metaheuristic optimization networks. 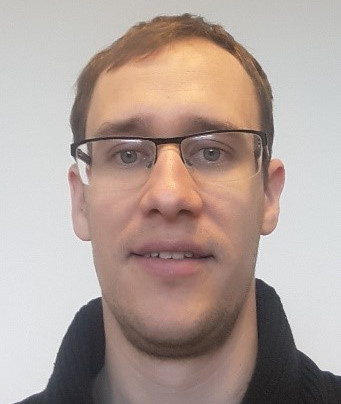 received his master's degree in biomedical informatics in 2014 from the University of Applied Sciences Upper Austria and is a research associate in the Heuristic and Evolutionary Algorithms Laboratory at the Research Center Hagenberg. His research focus is on developing algorithms for discrete and combinatorial optimization problems from the field of production and logistics operations. He has worked closely with voestalpine Stahl GmbH to develop an optimizing crane scheduler for their hot storage area. He is currently working on his PhD thesis, where he implements solvers for dynamic stacking problems. 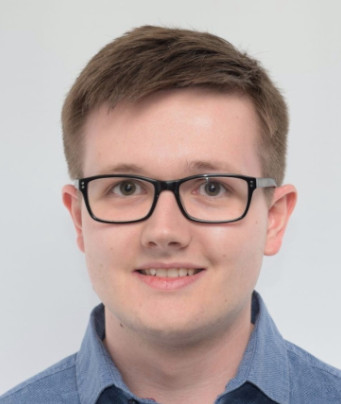 received his bachelor’s degree in software engineering in 2020 from the University of Applied Sciences Upper Austria and is a research associate in the Heuristic and Evolutionary Algorithms Laboratory at the Research Center Hagenberg. His research interests include heuristic optimization, machine learning and Big Data analysis. He is currently completing his master’s degree in software engineering. 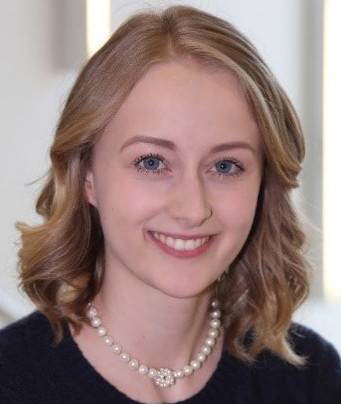 received her master's degree in business and economics in 2015 from the Johannes Kepler University Linz, Austria. She is a research associate at the University of Vienna and affiliated with the Department of Business Decisions and Analytics. In pursuit of her PhD studies in Logistics and Operations Management, her scientific activities focus on intra-facility logistic flow optimization for heavy industries. These activities involve research concerning exact and metaheuristic methods applied to vehicle routing and block relocation problems in particular. 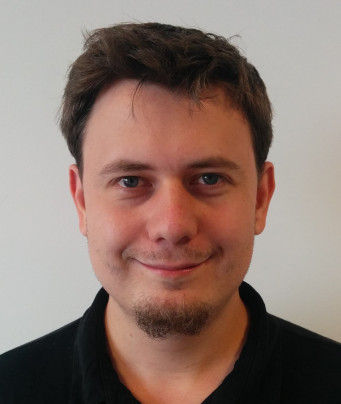 finished his studies of Computer Science (MSc) at the Johannes Kepler University Linz in 2016. His experience from previous projects and interests include: evolutionary optimization and machine learning in this context, surrogate modeling, fitness landscape analysis as well as data quality monitoring. 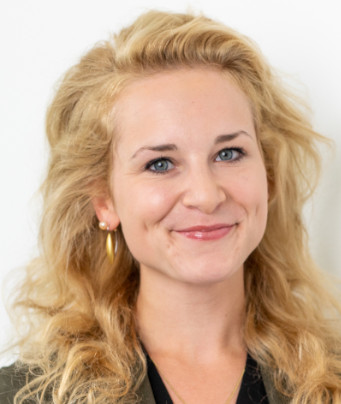 was the assistant of the research group HEAL between 2015 and 2021. After finishing her Bachelor in Social Economics at the Johannes Kepler University, she is currently in her consecutive master studies. Since 2015 she has been involved in other R&D projects and entrusted with organizational tasks, as well as supporting during processes of reports. 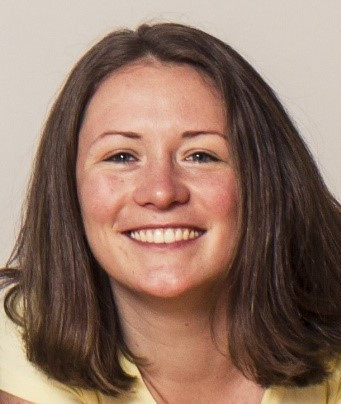 The adaptive optimization methods developed within the JRC adaptOp will be evaluated, tested, and applied in collaboration with the following industrial partners:

voestalpine Stahl GmbH is the international steel center of competence within the voestalpine Group and is a reliable supplier to the automotive, household appliance and construction industries for many years. As the leading company in the Steel Division, voestalpine Stahl GmbH operates a fully integrated metallurgical facility in Linz that incorporates all the manufacturing plants necessary to meet the high requirements of steel as a working material. Geographical proximity to the production lines makes it possible to most effectively utilize the areas of energy and logistics. The core business of voestalpine Stahl GmbH is in the area of flat products. Steel strips and heavy plates produced in a subsidiary form the basis for further processing steps. Hot-rolled strips, refined cold-rolled strips and heavy plates are longitudinally slit and cross-cut by subsidiary companies so that the products can be further processed by the customer.

Logistik Service GmbH (LogServ) is an affiliated company of voestalpine Stahl GmbH. It provides transport services to customers in metal production and processing, construction and processing industries, mechanical engineering and plant building and the automotive as well as automotive supply industries. At the voestalpine site in Linz, LogServ operates Austria's largest railway feeder line, a large number of specialized trucks and its own Danube river port. Optimising such a large and complex transport network is a considerable challenge. In order to guarantee the highest service level while keeping costs as low as possible the highly dynamic nature of this environment must be taken into consideration. LogServ is therefore especially interested in the methods for adaptive online optimization that are at the core of this research centre.

Industrie-Logistik-Linz (ILL) is an innovative logistics service provider along the entire supply chain of its customers. The company was founded in 1993 in Linz and has since expanded to Steyr, but also the Netherlands and Romania. Apart from classic services in the fields of warehousing, production and transportation logistics, ILL has developed special logistics services, which are tailored to the customer’s needs. All services are supported by information logistics and special IT-services that enable an efficient handling of material and information flow. A great amount of personal contribution, as well as a consistent orientation on processes, secure the optimal positioning on the service market.

LiSEC is a globally operating group which has been offering innovative, individual and complete solutions in the field of flat glass processing and finishing for more than 50 years. The performance portfolio includes machines, software solutions and services. LiSEC develops and produces glass cutting and sorting systems, individual components and complete production lines for the production of insulating and laminated glass as well as machines for the processing of glass edges and tempering systems. With their reliable technology and intelligent automation solutions, LiSEC sets standards in terms of quality and technology.

The University of Vienna is a modern, yet a long-standing, large institution, which considers it an obligation to carry out quality-oriented research and research-led teaching. In 2018, it employed 9.800 people, 6.800 of whom were academic staff. With around 103.500 admitted students, it is the biggest educational establishment in Austria and in the German-speaking area. In total, third-party funds amounted to EUR 85 million in 2018, steadily increasing each year. The University of Vienna was ranked 143rd in the THE ranking and 175th in the QS ranking in 2018, with both rankings comparing 5,000 universities worldwide. By 2018, 53 ERC grants, which are the most prestigious research awards in the European Research Area, have been awarded to members of this very establishment.

The financial support by the Austrian Federal Ministry for Digital and Economic Affairs, the National Foundation for Research, Technology and Development, and the Christian Doppler Research Association is gratefully acknowledged.

JRC adaptOp is part of the HEAL research group at the Hagenberg Campus of the University of Applied Sciences Upper Austria.